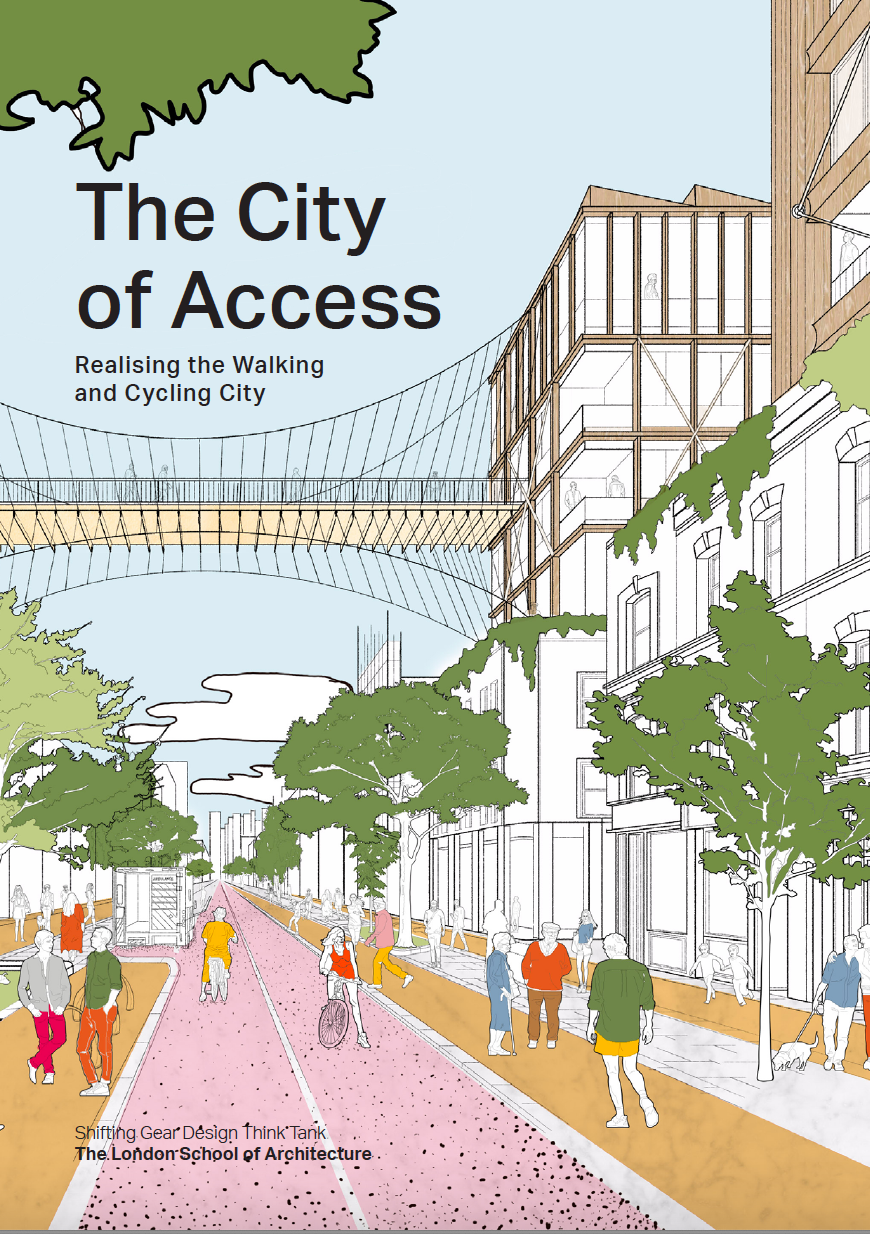 The Shifting Gear think tank at the London School of Architecture led by Petra Marko (VeloCity) and Steve Smith (Urban Narrative), and supported by experts from London Mayor’s GLA Good Growth team set off to research and envision how we can radically re-think how our cities are planned. The think tank proposes to recalibrate the current hierarchy of movement, transforming London’s major transport arteries, and using the principles of the 15-minute city in order to prioritise people, not cars, in a walking and cycling city.

During the pandemic, roads, currently accounting for half of public space in London, have been appropriated by pedestrians and cyclists as pop up bike lanes, wider pavements and safer junctions were implemented to help social distancing. Initiatives including Gear Change, the UK government’s £2billion cycling and walking fund, have shown that behavioral and societal change can happen – and happen quickly – when a common purpose is clearly in front of us. Shifting Gear set off to harness this momentous opportunity in order to radically re-think how our cities work for us.